Jameson Irish Whiskey briefed Purity to drive awareness of the brand to key target demographic consumers known as “laid back appreciators and down to earth socials” through a nationwide brand experience sampling campaign.

Phase 1 of the activation was implemented during July to October 2018 integrating with an ATL and online campaign over the same period in London, Manchester and Liverpool. Serves were delivered either as pre-mixed 250ml cans of Jameson, Ginger Ale and Lime or from the vintage branded Jameson airstream, showcasing a more premium poured serve.

Phase 2 was focused around the key period in Jameson’s calendar, St Patricks Day 2019. This time the target cities were London, Manchester and Birmingham and it was RTD (ready-to-drink) can sampling. The sampling sat alongside the wider Jameson St Patrick’s day marketing strategy across other channels. 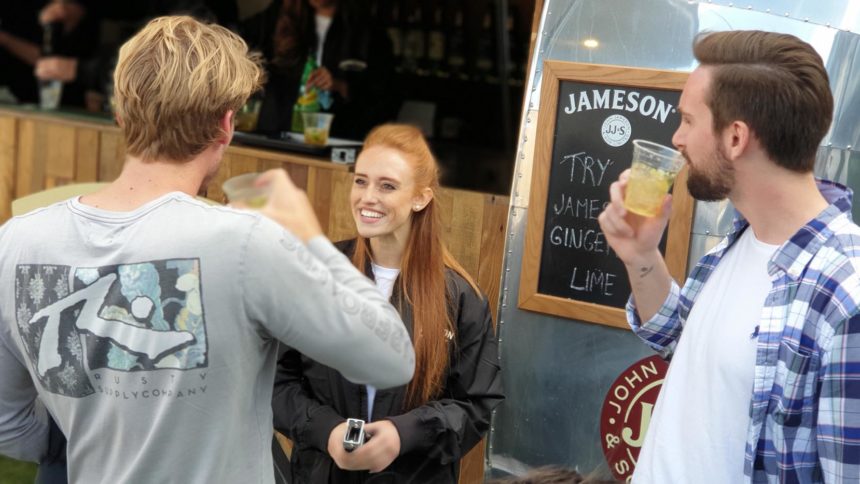 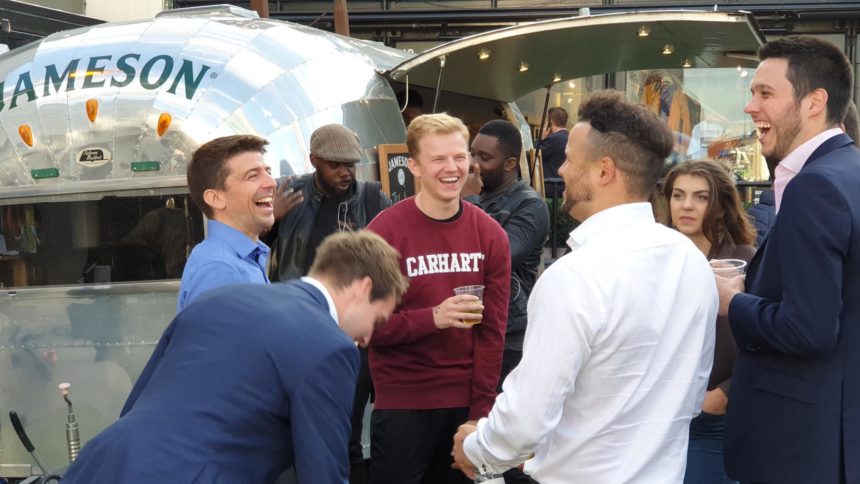 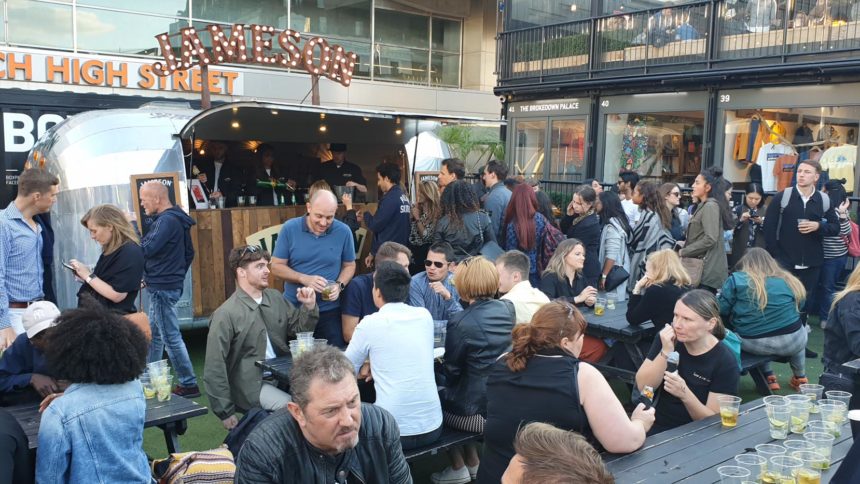 The 2018 campaign started in London during the 2018 World Cup. The Jameson team served chilled samples from distribution bins to the crowds in attendance watching the England journey in Russia. Other sites activated in London included Camden Lock and Regents Place, both equally effective locations in reaching the target audience. Manchester proved to be an excellent city for the brand throughout the campaign. Media City in Salford and Cathedral Gardens in Manchester offered a complete package for the target demographic. In Liverpool, a change in strategy saw the Jameson teams visiting offices across the city centre including a number of creative and digital agencies for office drops.

Phase 1 was rounded off with sampling at Waterloo station targeting fans attending the Autumn rugby internationals at Twickenham as well as teams working at Tough Mudder races.

Phase 2 took place over three weeks in March in the lead up to St Patricks Day, the Jameson team took to the streets of London, Manchester and Birmingham to sample chilled cans of Jameson, Ginger and Lime. Key locations included Camden, Waterloo Station, Custard Factory and Box Park London some of which were repeat visits from Phase 2 due the popularity and high number of target demographics.

The team visited Waterloo station on two occasions during the annual Six Nations Championship and also paid a visit to Pernod Ricard’s Head Office in Chiswick business Park alongside the Street Food Market. 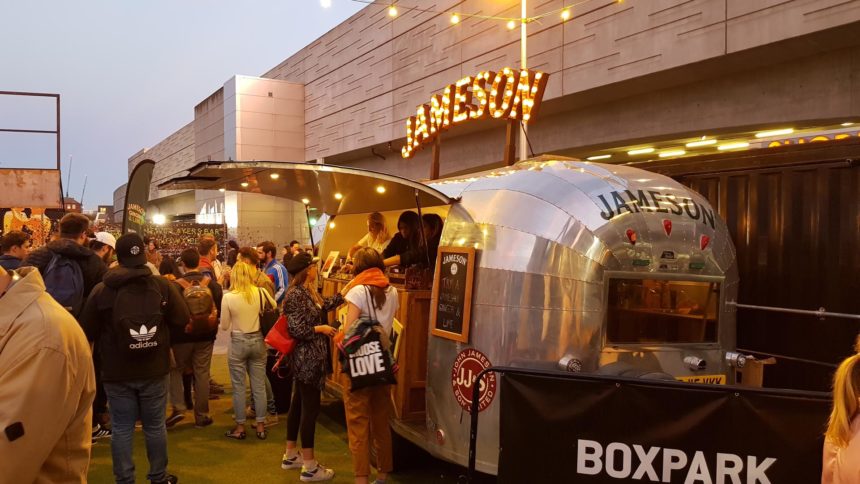 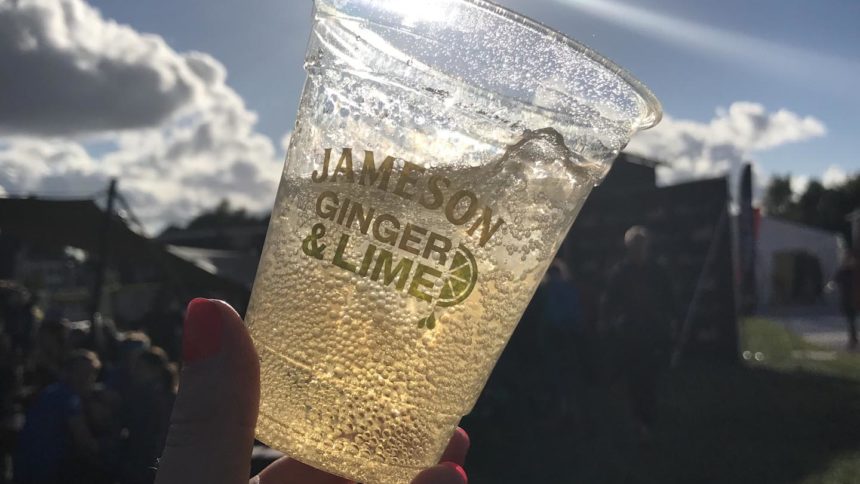 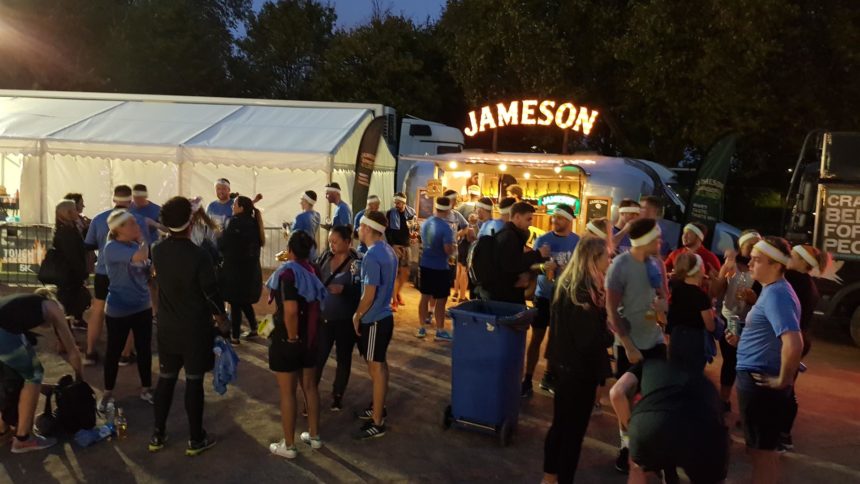 Deliver targeted sampling for your brand