Experiential marketing is an advertising strategy that invites the audience to engage with your company in a real-world situation. By using a tangible and hands-on approach to branding, you are able to show your consumers exactly what your business has to offer and what you stand for.

There are a lot of benefits associated with experiential marketing. However, to experience these, you need to make sure you get it right. With that in mind, we are going to take a look at some experiential marketing examples in further detail so you can see what they did right and, hopefully, this will inspire you for your own marketing strategy.

The first example that we are going to look at is the experiential marketing campaign that was launched by Docker. For those who are unaware, Docker is a type of software platform that gives developers the ability to create and run applications on various operating systems.

Of course, it is not the sexiest product on the market, and so the team needed to come up with an inventive marketing campaign that would appeal to their consumer base. They were able to do exactly that. Back in 2017, they used DockerCon, which is their developer conference to launch a unique product demo that was called Docker Dash.

You may be wondering what made these demos so unique and different to the norm. Well, this is because rather than being a demo, it was a game. Plus, the conference guests became players. This live video game-style way of showcasing the app platform was a huge success, bringing fun and collaborative excitement to the mix, which is what experiential marketing is all about! 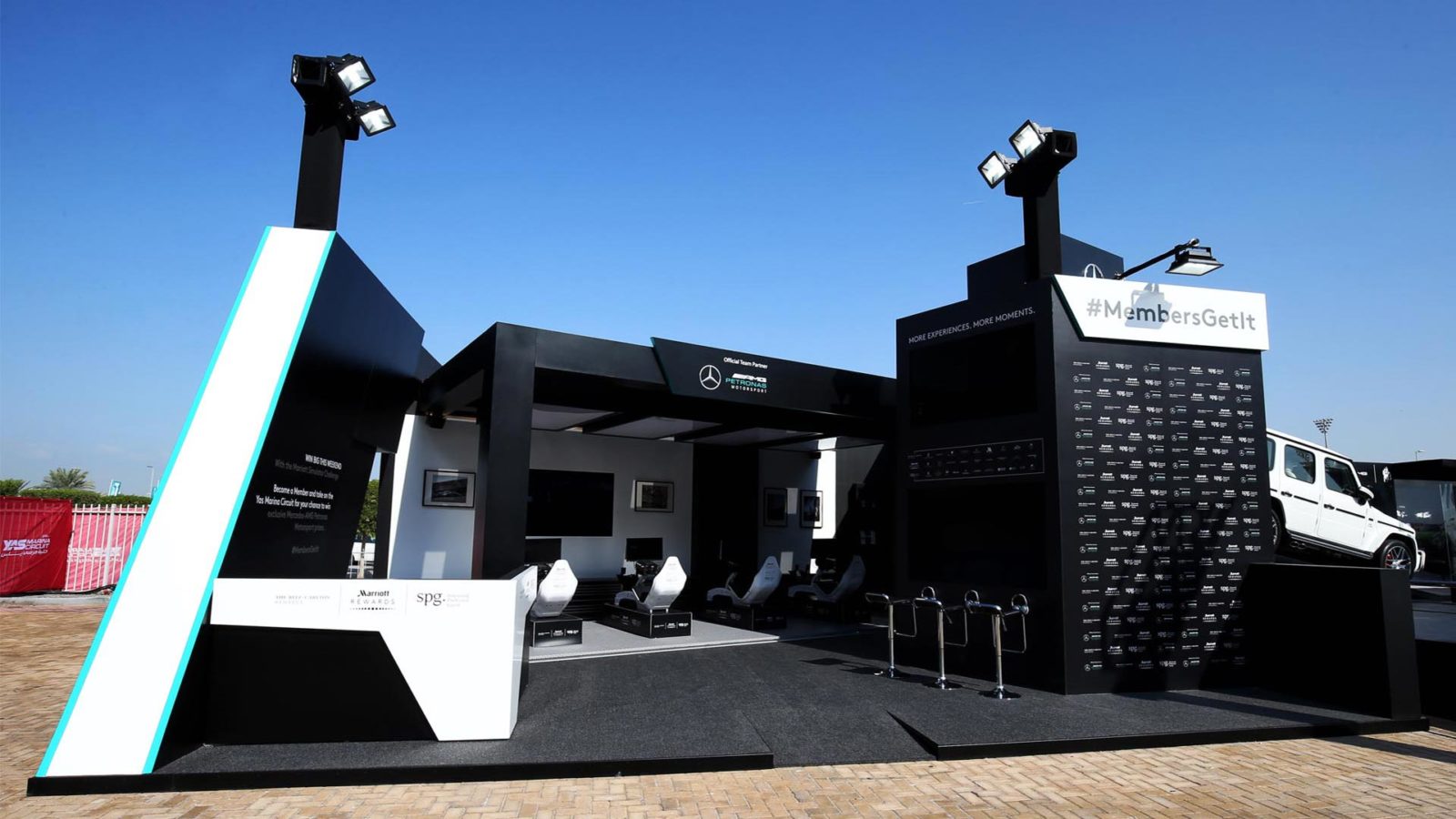 Ever wondered what it may be like to sit in a Formula one cockpit and race along the Yas Marina Circuit in Abu Dhabi? Better yet, race against Mercedes F1 driver Valterri Bottas? Well, Marriott Bonvoy gave one lucky F1 fan the opportunity to do just that at the Abu Dhabi Grand Prix.

Purity worked with Rush Motorsport to bring the unique experience to life inside the Abu Dhabi Formula 1 fan zone throughout the race weekend. The Marriott rewards programme enabled participants to enroll in their rewards programme and race along the virtual Yas Marina track inside our custom-built Marriot Mercedes F1 pit garage. Several prizes were up for grabs, including exclusive pit lane visits, for those who had the quickest time. The most coveted prize being an invite for two to a VIP event at the exclusive Yas Hotel for an intimate meet and greet with Valterri Bottas, along with the opportunity to virtually race against the Mercedes-AMG Petronas legend himself.

You don’t need us to introduce Facebook to you. Facebook is a brand that is well known for pushing the limits and being innovative, and so it probably does not come as much of a surprise to see them featured on this list.

Facebook has always understood that it has plenty of data on the people that use their platforms, including Instagram. Because of this, they decided that the creation of the Facebook IQ Live experience would be beneficial and effective.

For this experience, the data was utilized to create live scenes whereby the data was depicted. IQ mart was one of them. This was a ‘retail’ environment that showcases the conversion path for an online shopper when utilising social media for purchasing decisions. There was even a quintessential cafe on Instagram, which was filled to the brim with perfect photo opportunities and people snapping them. 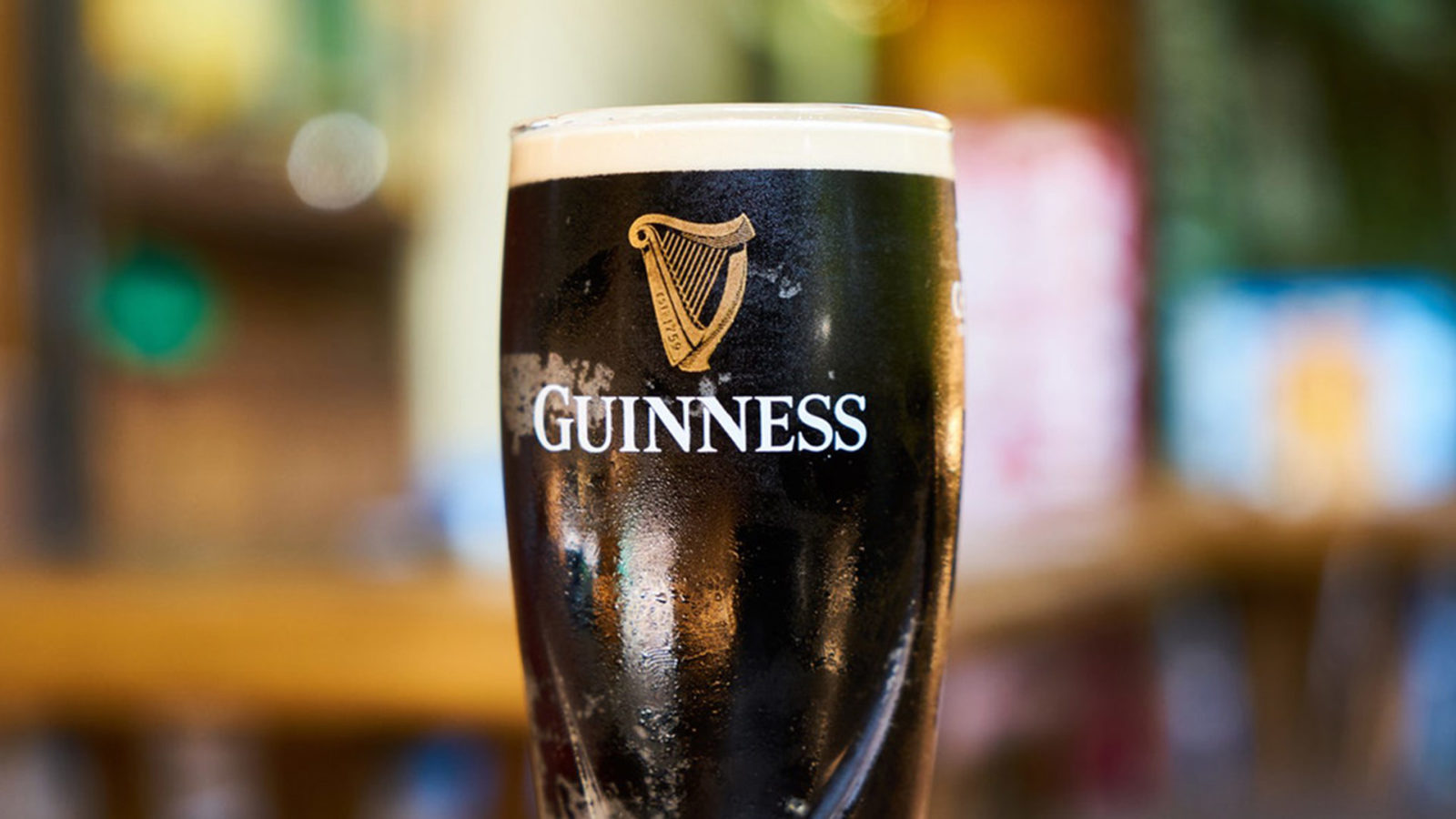 Another company that we can learn a lot from is Guinness.

The Guinness Class experience offered private jets and that luxury experience. For a few weeks, ambassadors for the brand dressed in flight attendant uniforms that were branded with Guinness and they entered bars across the United Kingdom. However, they did not merely stop for a cold pint of Guinness. No; they surprised people with all kinds of prizes! The only thing that people needed to do in order to participate was to purchase a pint of Guinness. Once they did this, they would shake a mobile tablet to see what they had won. You could win anything from a small prize like a keychain to a weekend away with your friends! 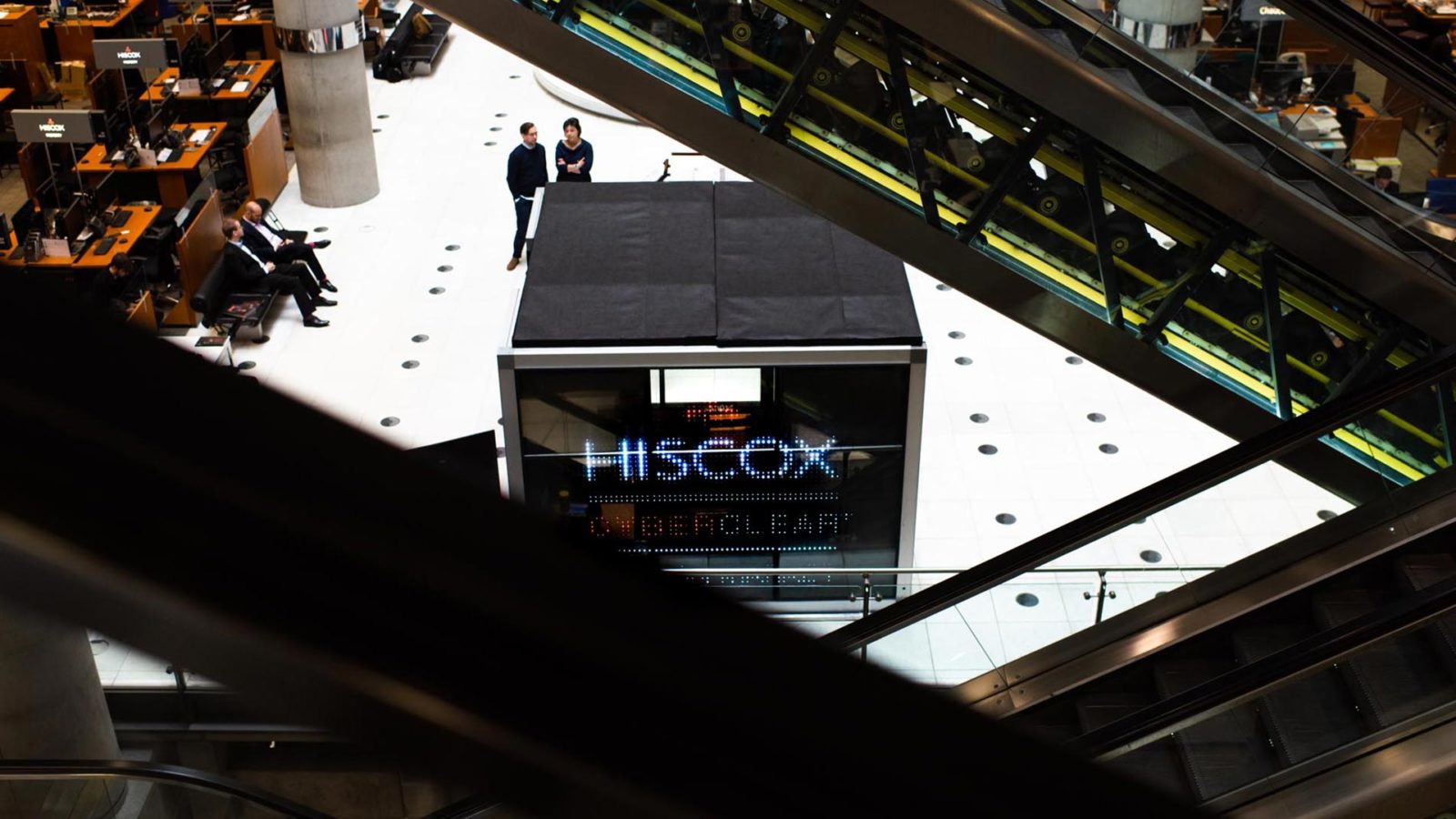 A first of its kind! Following the launch of a new Cyber security product, Hiscox wanted to create a stunt in the heart of the global insurance market inside the iconic Lloyds of London building in the City of London. The clients ambition was to raise awareness of the product in a unique way that interacted with brokers on the trading floor in an immersive, competitive and stand out way, whilst helping establish Hiscox as leading the way in emerging cyber risk.

Purity created an innovative solution to this challenging brief by creating ‘The Cyber Cube’. This was a stunning purpose-built LED structure in which we housed three bespoke built digital games designed to test cyber security knowledge, the ability to detect phishing emails and a brokers ability to create an unhackable password. The experience was in situ for one day on the world-famous underwriting floor with the winner that cracked the cube taking home a prize of a trip to Defcon in Las Vegas, one of the world’s largest hacking conferences. The activity created a huge amount of brand and product awareness for Hiscox within the insurance market which was talked about for months afterwards.

The Piano Staircase campaign by Volkswagen was launched back in 2009 and it perfectly demonstrates how effective experiential marketing can be when it is done correctly.

So, let’s tell you a little bit more about this campaign. Back in 2009, Volkswagen caught individuals at their musical heights by transforming a staircase at a subway in Stockholm, Sweden. Whenever no one was looking, the stairs would turn into a giant piano. The following day, every step would create the sound of a different piano key, as individuals walked up and down the staircase.

This marketing approach is part of the “The Fun Theory” that indicates that people are more likely to do something if it looks exciting and fun. For Volkswagen, nevertheless, the message of excitement and fun goes a lot further than simply catching individuals finding a musical staircase while they are walking to work.

As the car sector began to take huge leaps into eco-friendly products, Volkswagen aimed to go that one step further by making people’s personal wellness healthier to go with it. DDB Stockholm, which was their partner, said that fun is the easiest way to change people’s behaviour for the better.

Last but not least, is the Lean Cuisine marketing campaign. It is disconcerting how many advertisements these days tell females that they should alter something about themselves. If you turn on the television now and you watch a few commercials, you will be shocked by how many adverts convey this message.

This is what made it so amazing and refreshing to find businesses like Lean Cuisine, whose advertising is something we can all learn from! Their marketing used to focus on weight loss completely. However, they decided to move from the messaging that focused on diet, and instead, they launched the #WeighThis campaign.

This campaign involved Lean Cuisine creating a gallery of scales at the famous Grand Central Station in New York. However, it was not as simple as it seemed. Instead, the scales were actually small boards whereby females could write down what they really wanted to measure. For example, this could be something like caring for 10 children with special needs each day or going back to college at the age of 55-years-old. It was all about showing people that we are more than the numbers we see looking back at us when we stand on the scales.

We hope that these experiential marketing examples have helped to spark some ideas for you, helping you to put together an effective live experience campaign that will wow all of your consumers. 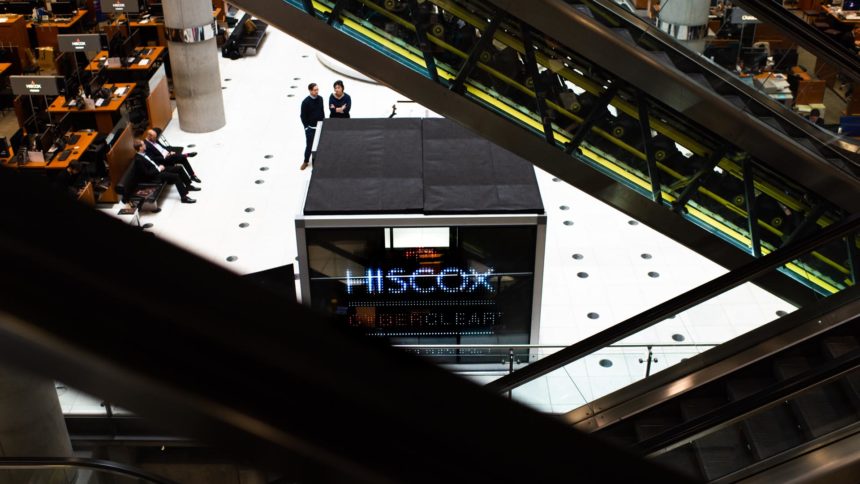 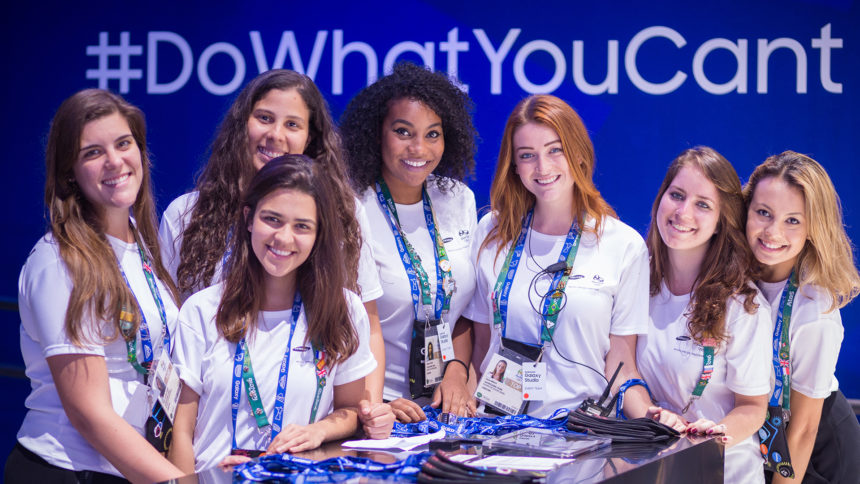 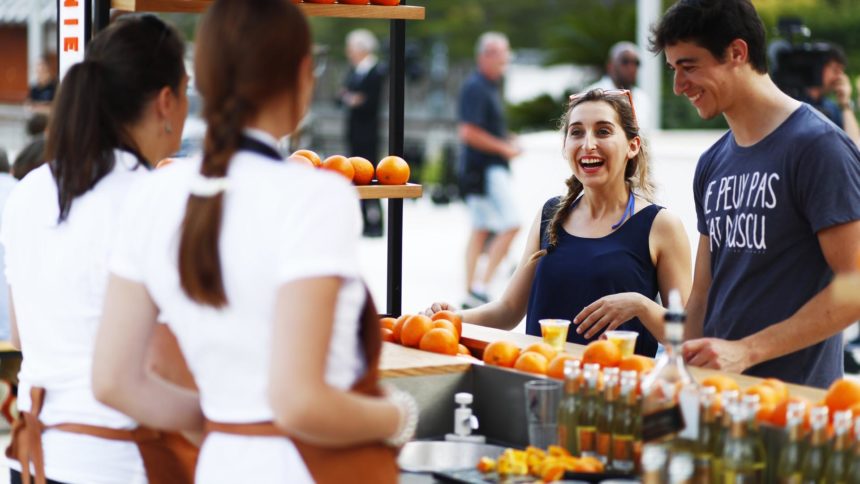